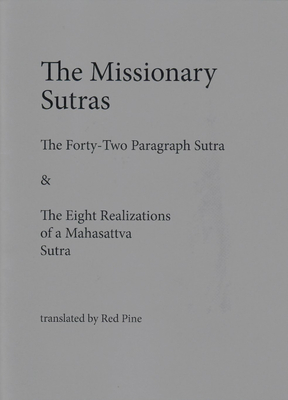 Literary Nonfiction. Asian & Asian American Studies. Translated by Red Pine. The two sutras translated in this chapbook were among the first to arrive in China in the first and second centuries and among the first to be translated. Compiled from other texts as Buddhist primers for an audience that was new to the Dharma, their emphasis is on the Buddha's teachings of suffering, emptiness, impermanence, and no self. Couched in the simplest of language, they have remained part of the daily liturgy in Buddhist temples throughout East Asia ever since. In addition to a preface, and footnotes where necessary, they are presented here in a bi-lingual edition.