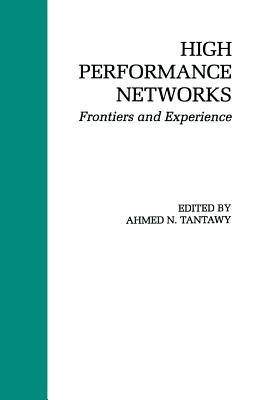 'The world of information processing is going through a major phase of its evolution. Networking has been associated with computers since the 1960's. Communicating machines, exchanging information or cooperating to solve complex problems, were the dream of many scientists and engineers. Rudi- mentary networks and protocols were invented. Local area networks capable of carrying a few megabits per second became basic components of corporate computing installations in the 1980's. At the same time, advances in optical transmission and switching technologies made it possible to transfer billions of bits per second. 'The availability of this huge bandwidth is making people wonder about the seemingly unlimited possibilities of these "fat information pipes" A new world where all interesting up-to-date information becomes instantaneously available to everyone everywhere is often portrayed to be around the comer. New applications are envisioned and their requirements are defined. 'The new field of High Performance Networking is burgeoning with activities at various levels. Several frontiers are being explored simultaneously. In order to achieve more bandwidth and better performance, work is progressing in optical transmission, high speed switching and network resource manage- ment. Some researchers have started to investigate all-optical networking as a promising approach to remove the relatively slow electronics from the network infrastructure. This will also introduce a new environment with unique characteristics that will have a definite impact on network architec- tures, topologies, addressing schemes, and protocols.